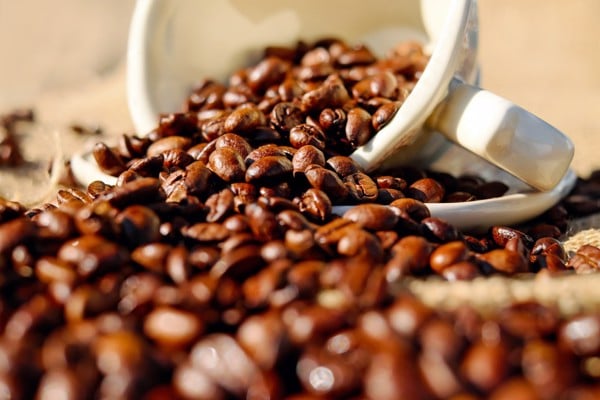 Vietnam is the world's second biggest coffee producer in the world and  the coffee culture allows the people to socialize. It is evident with the large number of coffeeshops and cafes across the country. People enjoy coffee while working, meeting and discussing with partners, or chatting with friends. The French introduced Vietnam to coffee in 1857. Since the mid-90’s the government pushed a massive coffee production, and Vietnam has quickly grown to be the second biggest coffee producer in the world after Brazil.

In Hanoi, there are two kinds of coffee: Coffee with sugar or Milk. Because of the weather (Hanoi has four seasons) they often drink coffee with less ice. They also have an egg coffee which is traditionally prepared with egg yolks, sugar, condensed milk and robusta coffee. They are made by beating egg yolks, with sugar and coffee, then extracting the coffee into the half of cup, followed by a similar amount of egg cream. Giang Café (Cà Phê Giảng) is particularly known and claimed to have developed this recipe.

In Hue,  the coffee culture can be described in three words: dense, delicate and slow. They want to drink coffee in a street stall along the river or the sidewalk. They only drink “phin” (filter coffee). The stall uses small glass cups to hold coffee, leaving the couple of ice waiting to melt slowly.

They take pride of their specialty  - salty coffee. It is served in Vietnamese coffee filter, usually with ice, salt and some fermented milk. Since this kind was born just a decade ago, a lot of foreigners are hesitant at the first time hearing this kind of coffee. However, when they try it, they totally change their minds because of its wonderful taste. Saigon people consider coffee differently compared with Hue and Hanoi. It’s not only about drinking but to also enjoying while sipping a cup. Saigon coffee mix is compose of lot of ice, less coffee and drink with a straw, a feature which is quite strange among Non-Saigonese. They enjoy a cup of coffee in the morning, before starting to work or have lunch meeting with friends, family or partners. In conclusion, Whatever the location is, the Vietnamese people love affair for coffee has been a part of their daily life from before and in the next generations to come.

KAS at the 10th Vietnam International RetailTech and Franchise Show

The 10 th Vietnam International Franchise RetailTech and was highly successful show for local and international exhibitors. It boosted an impressive group of international exhibitors with their quality products and innovative solutions. It was the marketplace for franchisors and sellers have the opportunity to meet their master franchisees, franchisees, sub franchises, distributors, wholesalers, dealers, retailers, buyers and decision makers from Vietnam and abroad.

Vietnam is the world's second biggest coffee producer in the world and the coffee culture allows the people to socialize. It is evident with the large number of coffeeshops and cafes across the country. People enjoy coffee while working, meeting and discussing with partners, or chatting with friends.

A Taste of Italy in Ho Chi Minh City

The Never Ending Summer is one of KAS satisfied and highly-valued customers. You can visit their establishment at 371 Vinh Vien, Phuong 5, District 10, HCM. Tel: 0931135243. Instagram: theneverendingsummersg